Logan Guleff is a rising star in the culinary industry. In our last article, we covered Logan’s recent Time Magazine and Today Show appearances. Guleff is soaring to new heights, as he was one of the youngest judges at the 3rd annual Young Chef Olympiad. It took place in India from January 28 to February 2. 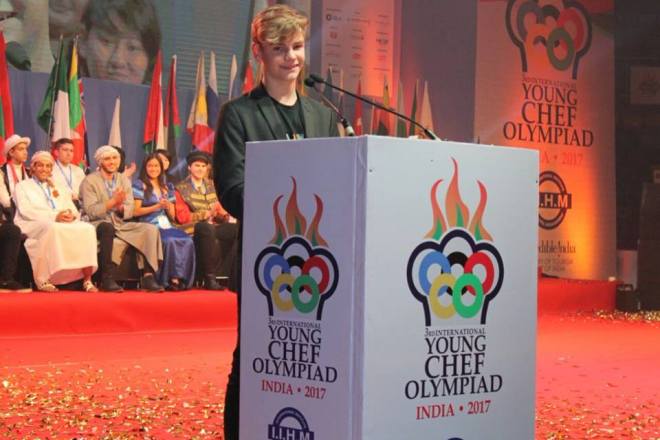 We asked, “Logan, how would you describe your experience at the Young Chef Olympiad?”

“The Young Chef Olympiad is an amazing experience. I was honored to be asked to judge the event,” Logan expressed. “The contest brings together 60+ culinary students from around the world to India to compete against each other. It is a global event. Dr. Bose has created an event to showcase the best talent the world has to offer and I have enjoyed India, the judges, and the chefs who turned up the head to be crowned best in the world.”

Logan sent this tweet to show his support towards the Olympiad finalists:

Huge Thank you to all the students at all the #IIHM schools you guys rock! Keep being outstanding! #YoungChefOlympiad

Also, Logan made new friends in India during his visit as a guest judge:

Then we enquired, “Is this your first time traveling to India? From this trip, what would you like to share with your fans?”

“Yes, this is my first trip to India,” Guleff responded. “It is amazing how diverse and vibrant the country is. Capital City is just bustling with activity and Agra is a magical testimony of love with the wonder of the Taj Mahal. The Garden City is so beautiful; I can’t wait to return and explore it more. Now, the City of Joy awaits discovery! I can’t tell you how warm and SWEET everyone and every city has been. And the sweets! Oh, does India have sweets! It’s been an experience of a lifetime.”

if you want a perfect taste of colonial India @OberoiHotels is totally perfect! Not one thing is out of place the staff is impeccable #iihm pic.twitter.com/7hCmtE7qBY

Then we asked Logan, “Who is your inspiration as a chef?”

He replied, “The character of a chef is complicated; they enjoy being mentors and sharing talent, so I am fortunate to learn from every chef and student I meet. But chef Gordon Ramsay has been my idol for a long time. I learned many things from him. However, the most important lesson was to set my own chef standard (a very high standard) and keep it.” 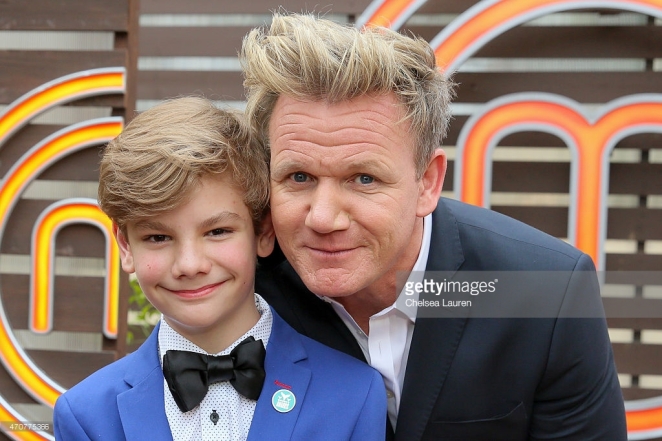 “What is your favorite television show?”, we enquired.

Logan responded, “I love watching old television shows and cooking shows. I also enjoy watching sports like football. “Person of Interest” was a favorite of mine, but to be honest I’d rather play computer video games than watch television!”

#IfLifeWereAVideoGame my obsession with the next level would be justified pic.twitter.com/ozKCWaAI2o

Then we asked, “Do you have a favorite band that you enjoy listening to?”

Logan answered, “I love listening to music from classical Mozart to country to southern rock to pop! I enjoy many kinds of music. Justin Timberlake’s music makes me smile.” Like Logan, we are also Justin Timberlake fans.

“I will be cooking a large dinner for those in my community without homes in the beginning of the month. Then I will fly to LA and do a shoot for a catalogue. After that, I will be doing an episode for a German television show,” Logan said.

He added, “I will be releasing my first book, a graphic novel cookbook adventure. It’s the most exciting thing! I created a new concept book to encourage children to work hard for their dreams, learn about food and start early, training-to-be chef or at least a very good home cook. The book is called “Logan’s Chef Notes and Half Baked Tales” with book one called “Cooking Dreams”! I love cooking my dreams!”

To purchase an autographed copy of Logan’s book, click here.

Logan Guleff engages international crowds with his affable personality and culinary skills. At 14, Guleff is a rising star and he has a bright future ahead of him.