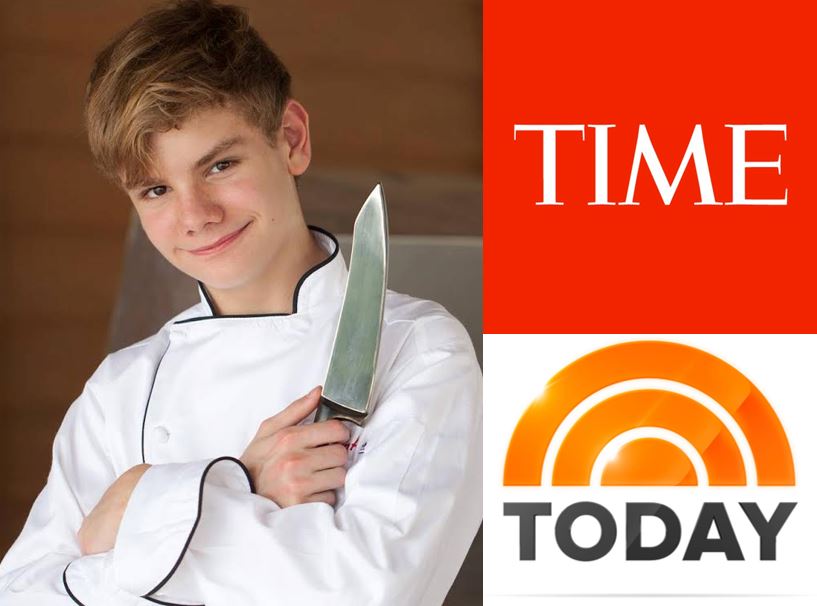 Logan Guleff is the champion of MasterChef Junior’s second season. Guleff is making headlines with his culinary talents and drive. He is featured on season 4 of MasterChef Junior as a cupcake judge. Guleff joins Shawn Mendes and Maddie Ziegler in Time Magazine’s 2016 list of the 30 most influential teens.

“I had an amazing time on MasterChef Junior,” Guleff said. “The best day ever on the show was when I cooked at the pop up restaurant for 30 guests. Cooking on the line with Chef Ramsay was my goal. I had my first chef coat and I loved every moment! Winning the show was great, but cooking with Chef Gordon was the best day ever!”

We enquired, “Logan, how did participating on MasterChef Junior change your life?” 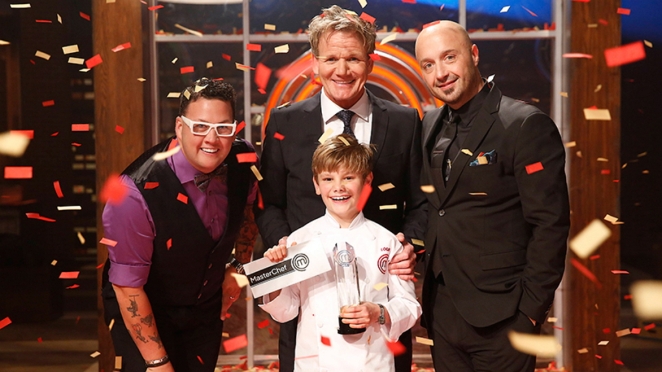 “I was already working towards my food goals before the show. I was already published in 2 cook books and won some culinary awards. Winning the show helped me gain more opportunities to continue cooking up my dreams,” Guleff responded.

Then we asked Logan to tell us what his recent Today Show appearance was like.

“The Today Show is so much fun. The food team works very hard to make your food look amazing. It is live in NYC, so it is very nice. The hosts were so funny and they loved my dish so much that they had to be pulled from the kitchen. I was cooking my James Beard winning “Monster Mushroom Burger” to promote sustainability. As a side note, I was on the Today Show five years earlier demonstrating another recipe with Hoda (one of the hosts), which was also kind of fun.”

Guleff appeared on The Today show to demonstrate his winning recipe. He was joined by anchors Hoda Kotb and Jenna Bush Hager. During the demonstration, Guleff revealed the recipe of his winning burger. Jenna Bush Hager mentioned that Guleff was among 5 chefs to win the James Beard Foundation’s Blended Burger Project competition. Hoda Kotb added, “the James Beard awards are the big daddy of cooking, so that’s a big deal.” Kotb and Hager tasted Logan’s burger after the demonstration. Both anchors enjoyed eating the burger. Logan’s recipe is posted on Today.com’s website. Click here to see the recipe.

After his appearance, Logan Guleff sent this tweet to express his gratitude. “Hoda holding up a pic from 5 years ago with her & me. I had the best time! @hodakotb @TODAYshow @JennaBushHager @TODAYFood Love you guys !!,” he tweeted.

Hoda holding up a pic from 5 years ago with her & me. I had the best time! @hodakotb @TODAYshow @JennaBushHager @TODAYFood Love you guys !! pic.twitter.com/kWYEa9421Y

Logan Guleff continues to attract new fans with his affable personality and culinary talent. At 14, Guleff is one of the youngest chefs to appear in Time Magazine and on The Today show. Guleff has a very bright future ahead of him.

Our next article is called “Rising star Logan Guleff talks Young Chef Olympiad”. We will feature the second part of our interview soon. Stay tuned. 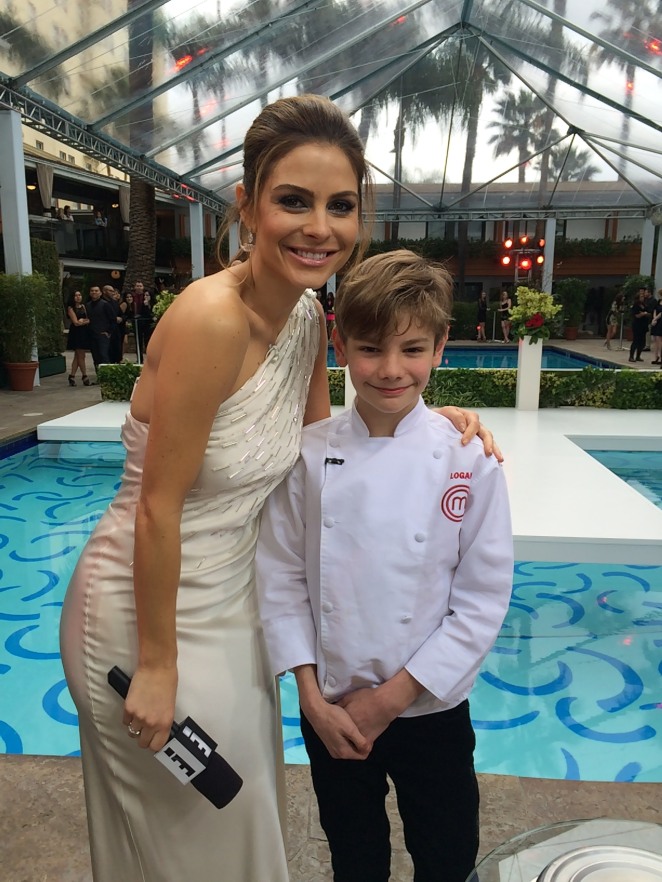